I'm preaching on Luke 14:25-35 this coming Sunday and my companions as I preach through Luke have been the commentaries by Green and Marshall. (I find usually reading more than a couple of commentaries for the purpose of preaching a waste of time). However on the subject of the two parables in Luke 14:28-33 I find them both unconvincing and have subsequently come up with my own interpretation. It probably isn't new or unique, but it seems so satisfactory to me I am surprised neither Marshall nor Green even mention the possibility. I'd appreciate your thoughts, whether you think my alternative reading has any merit, and whether you know any other commentators who have suggested something similar. 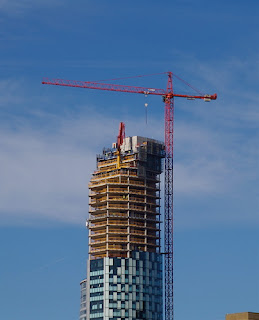 Jesus is talking about the need to hate our families and take up our crosses to be his disciples. He then tells two parables, one about understanding the need to estimate the cost of a building project before starting it to avoid ridicule and one about the need to surrender to and enemy that has greater forces than you. Jesus concludes by saying, "in the same way [as in the parables] any of you who does not give up everything he has cannot be my disciple." Both NIV and NRSV subtitle the section "the cost of discipleship."

For Green Jesus uses these parable to "highlight the importance of considering the conditions he has placed on authentic discipleship" and "by extrapolation [he] insists that such assets as one's network of kin . . . are an insufficient foundation for assuring one's status before God." (Green, NICNT p566)

For Marshall, the parables show "just as one should not attempt a venture without having sufficient resources to complete it . . . so a disciple must be continually ready to give up all he has got in order to follow Jesus. The connection of thought could be smoother, and this confirms that originally independent saying have here been joined together." (Marshall, NIGTC p594-95)

Effectively then, for both Marshall and Green the parables serve as warnings to potential disciples to weigh carefully if they will be able to see their discipleship to the end. In other words, "don't become a disciple unless you are ready to give everything else up." But Marshall does note that this interpretation of the pericope is not very smooth, leading him to doubt the integrity of the passage. Might I be so bold as to suggest it is not the passage that lacks smoothness but that particular reading of it? A reading that renders Jesus warning people off becoming his disciples instead of inviting them to do so? 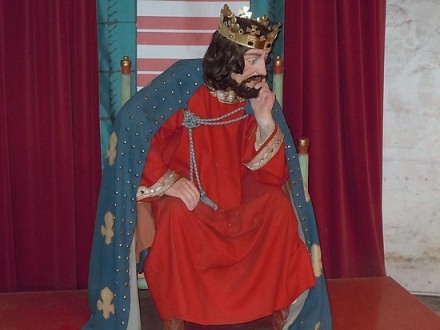 Because we come to this passage with a "cost" mentality we see the parables as primarily about having the resources to see things through, and Jesus demanding that we be willing to give up everything to follow him. But the parables in question do not address resources, in the sense that there is no question or possibility of change in the resources of the characters in the parables. Under the previous reading this becomes a very fatalistic message: either you have what it takes to be a disciple or you don't. But in each parable it is a case of the character realising the true extent of his resources and acting accordingly.

In v28-30 the character gives up a tower (representing security, stability, wealth?) he cannot build, and in v31-32 a king gives up a kingdom (representing power, autonomy, sovereignty, wealth?) he cannot hold on to. So what point could Jesus be making? Is it not that those things which might come between us and being a disciple of Jesus (our excuses - cf Luke 14:18-20) are not things which we can hold onto or maintain in our own strength anyway? By giving up our social and material possessions to follow Jesus are we not just giving up what we were bound to lose anyway?

In both parables those who "give up" are held up as examples of the wise, and then we too are called to "give up" in order to become dsciples. Suddenly the flow of thought couldn't be smoother, and suddenly rather than trying to put off less committed disciples with a high price Jesus is actually encouraging us to follow him because what he is asking us to give up is beyond us to acheive or hold onto anyway.

In the words of Jim Elliot, martyred missionary, "He is no fool who gives what he cannot keep to gain that which he cannot lose." 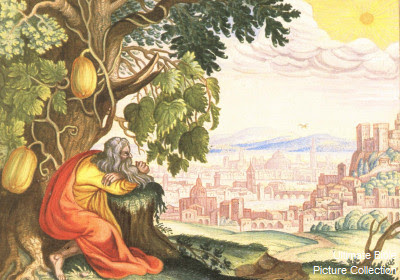