Taking Words out of Paul's Mouth?

Usually we complain when people put words into our mouths, "I didn't say that!" But there has been a tendency in Bible translation as well as scholarship to take some of Paul's words in 1 Corinthians out of his mouth and place them in "speech marks" to suggest that he is quoting someone else or somehow distancing himself from what is said. 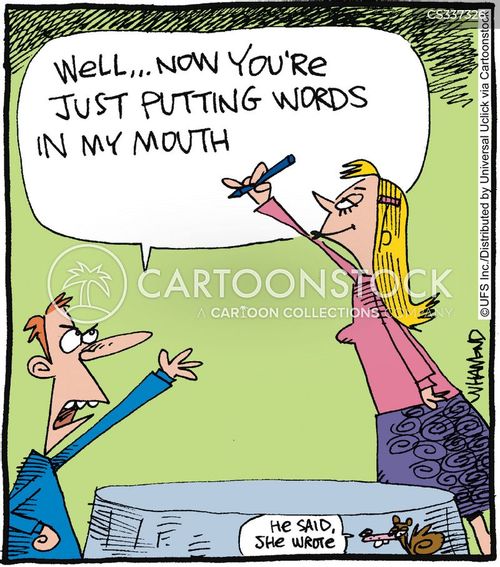 In my article "The Argument against Attributing Slogans in 1 Corinthians 6:12–20" just published in the Journal for the Study of Paul and His Letters Vol. 8, Nos. 1-2 (2018), pp. 147-166, I take issue with this practice. There are three possible slogans (so called because they are pithy axiomatic sayings that Corinthians Christians had allegedly been using to refute or corrupt Paul's teaching) in the passage 1 Cor 6:12-20.

Here it is in the NRSV

6:12 “All things are lawful for me,” but not all things are beneficial. “All things are lawful for me,” but I will not be dominated by anything. 13 “Food is meant for the stomach and the stomach for food,” and God will destroy both one and the other. The body is meant not for fornication but for the Lord, and the Lord for the body. 14 And God raised the Lord and will also raise us by his power. 15 Do you not know that your bodies are members of Christ? Should I therefore take the members of Christ and make them members of a prostitute? Never! 16 Do you not know that whoever is united to a prostitute becomes one body with her? For it is said, “The two shall be one flesh.” 17 But anyone united to the Lord becomes one spirit with him. 18 Shun fornication! Every sin that a person commits is outside the body; but the fornicator sins against the body itself. 19 Or do you not know that your body is a temple[b] of the Holy Spirit within you, which you have from God, and that you are not your own? 20 For you were bought with a price; therefore glorify God in your body.

I have put in bold the parts which are argued to be slogans. "All things are lawful to me" in verse 12 is almost universally accepted as a slogan. Verse 13 is more complicated  as not all scholars see it as a slogan and those that do differ as to whether “Food is meant for the stomach and the stomach for food,” is the whole slogan or whether it also includes, "and God will destroy both one and the other." Finally, in verse 18 "Every sin that a person commits is outside the body" is the most controversial suggested slogan and only a few consider it present.

Now, it is not unreasonable to see Paul using some sort of rhetorical construction here, and Paul does cite the Corinthians explicitly elsewhere in the letter. My argument, made in detail in the journal article is simple. By taking these words out of Paul's mouth and saying they are the words of his opponents we mess up the logic of the passage. On the other hand if we remove the quotation marks and work to carefully read the text there is nothing in those so called slogans that is not consonant with Paul's thought elsewhere in his letters. There is no need for slogans to make sense of the passage and arguably attributing slogans makes the passage make less sense!

I'm planning to treat the individual slogans in separate posts but why don't you try it? Read the passage with and without the bold parts as slogans. Are these really words that Paul didn't intend us to read as his?

(Also see my much earlier and more undeveloped posts on quotations in 6:12 and 6:13)