This carnival is sponsored by Simon Cowell's Bishop's Got Talent. (allegedly)


First up is Archaeology which has continued to be dominated by the hoo-haa over the talpiot tombs, exactly what is coming out of that fishes head? or what words do those lines spell out?


Of course Mark Goodacre has been at the forefront and has worn out several keyboards blogging through the controversy commenting on ABC's Nightline, writing top ten lists, discussing Robert Cargil's objections, documentaing the mutating fish man, documenting the mutating fish vase, reading between the lines, talking about names, getting accused of slander, and shooting a barn door in frustration.

But don't worry, because rising to the accused's defense like noble litigous ducks from the water is a brace of Jims, one West, one Davilla.

Not to be outdone Robert Cargill has actually broken a nail while typing so furiously about the whole kersmozzle. He really just doesn't see the name of Jonah, or a nun (I wonder if blogging on the Talpiot tombs is habit forming?), or that proper scholarly procedure is being followed, and so he decries the corporate takeover of archaeology, and boldy points out the devious trickery pokery going on.

John Byron finds the whole thing a bit fishy but April de Conick goes against the biblioblogger consensus just to show that we are not all folowing the same script.

With all that going on it is a wonder there is wonder there was room for anything else in Biblioblogdom. For The bit (mostly) in Hebrew the dominance of posts on Gensis continues but at least this month it has gone multimedia, Tim Bulkley contemplates the audience for Genesis (Hobbins responds)(he is also now doing 5 minute Bible as Facebook videos) while Marc Cortez, John Walton and Tremper Longman 3 discuss what Genesis 1-2 really means (with videos too!) while J. K. Gayle checks out the evolution of both Adam and Eve in English translations.

Claude Mariottini teaches us all about goat demons, because I know you were wondering, while the always profane Roland Boer leads us deeper into the Bible, dancing hand in hand with Augustine and shares his latest project for a study of biblical buttocks.


But the prophets also get a look in, Duane Smith wonders what YHWH was Suggesting in Isaiah 7:10-11. While Deane Galbraith gets a funny feeling looking at a medieval depiction of Ezekiel. and John Hobbins raises the bar marginally with a discussion of the correct way to say Habakkuk.


In the Ancient Near East William Osborne directs us to resources for learning Akadian and Duane Smith points out the Syrian Digital Library of Cuniform, but I thought the Sexy Donkey Omens from Ninevah and Assur were more abnormally interesting! Judith Weingarten also has post on Egyptian cat mummies (let's just hope Jim Linville can contain his enthusiasm. The Jim known as West has also been wanting his mummy.

The Greek bit has been generating some blog heat this month.


(pic from Sacred Sandwich)
Helen Ingram is sharing her PhD on Jesus the magician, while Glenn Peoples takes on Richard Carrier regarding Jesus' resurrection although Thomas Verenna is still pretty keen on the idea that even Bart Ehrman's Jesus didn't exist at all, I think. More helpfully, Loren Rosson has a great post on the criterion of embarassment while Robert Myles looks at Matthew's authorship in modern commentaries.

On the Pauline front Richard Fellows, who is probably the same person as Wayne Rooney and Gordon Ramsey argues that Elymas/Bar-Jesus probably took his names from Elam and Jesus respectively and then suggests that Saul wasn't always Saul and took the name "Paul", meaning "small" as a Christian agnomen. Darrell Pursiful squeezes the New Perspective on Paul into 1000 words while Larry Hurtado takes issue with NT Wright's reading of Romans 9-11 and Nijay Gupta considers whether the Christ hymn of Philippians has Gen 1-3 as its background, oh there we go again going on about Genesis, do we even need 66 books in the Bible?!

The fairer sex have also been featuring as an NT topic, Women of the passion by Rachel Held Evans and Women and Paul by John Byron were interesting but my favourite post on the whole thing was this insightful critique of men in ministry. (not strictly BS but it seemed relevant).

On the subject of Second Temple Judaism John Byron posts on Cain and Abel's reception and Jim Davilla has an indepth discussion of a Der Speigal article on the Samaritans.

AKMA discusses the importance of understanding your evidence in exegesis and of being critical about your criticism.Tim Bulkely offers help for any distance student who want a great big library in their own home.

Craig Keener has been talking about miracles but that has made James Crossley feel like a racist which is maybe why he acts out by calling a bunch of "mainstream" dudes homophobes, this has generated some heat from Michael Bird, Jim West, Peter Kirk. Loren Rosson puts in his 2 cents.   More irenic but less entertaining discussion of the Bible and homosexuality can be found on John Byron's blog. Crossley probably also wouldn't like Vinoth Ramachandra's post on rescuing creation talk, but I thought it was interesting. Larry Hurtado lays into institutions that fire faculty over minor doctrinal points.  Jason Silverman makes an impassioned plea for the "secular" and "faith" scholars to get along and appreciate the creative tension - which was nice. 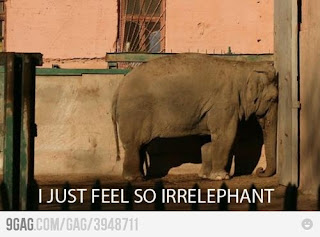 The blogosphere rang with excitement at two new websites in April, both of which are happy to deprive you of your hard earned cash:
The secret diaries of Bart Ehrman (aw bless he tried to make it all grown up by calling it "CIA"!).
And Danny Zacharias wants to help you with your greek skills and bible software.

Thanks for joining the carnival this month, if you liked it or found it useful why not feedread me or at least pop back from time to time to visit. Eitherway, have a nice life.

PS. If I missed anyone out, that is your problem for not nominating a post so don't come crying to me. Next carnival to be held at Political Jesus.
at May 01, 2012